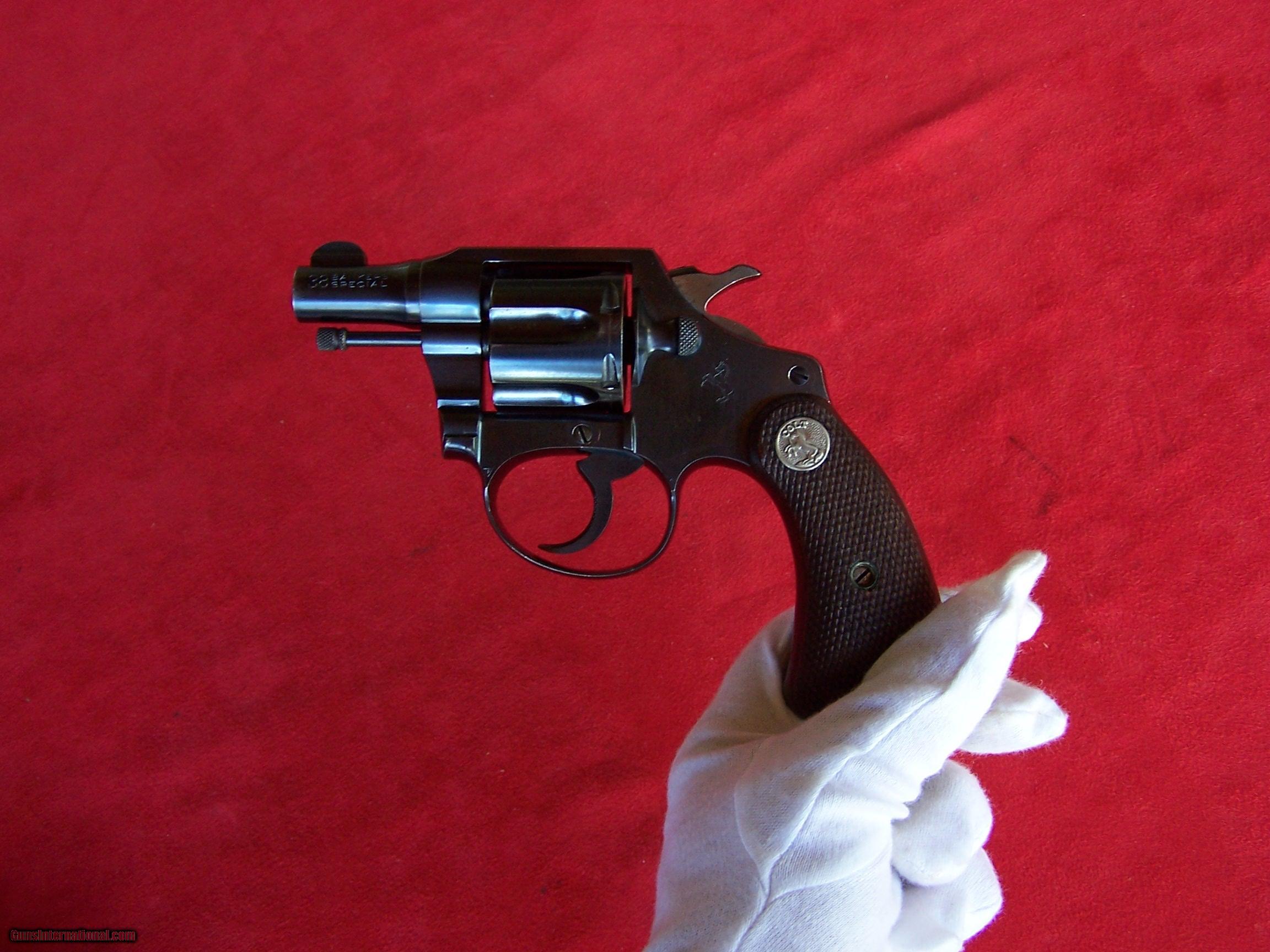 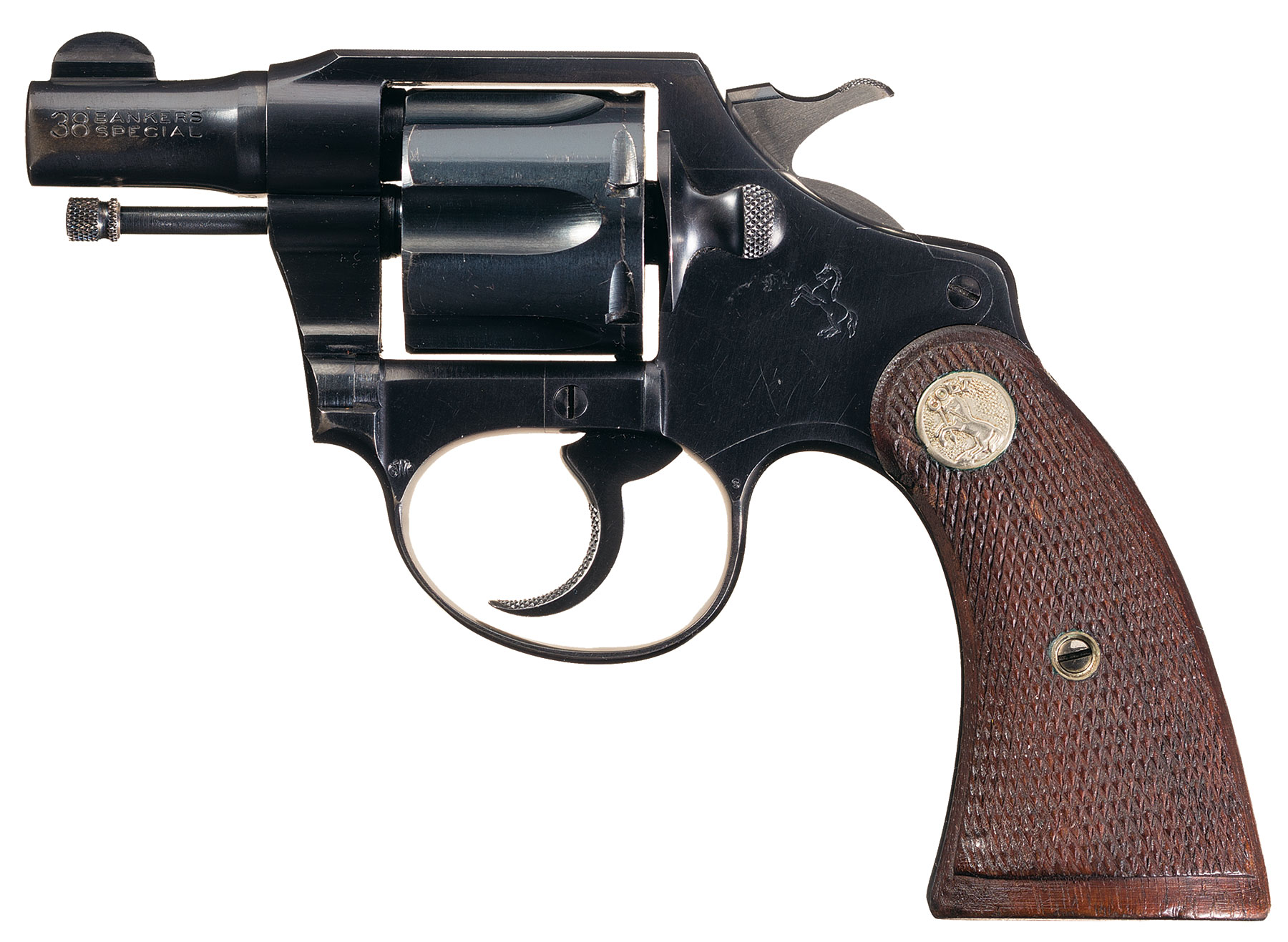 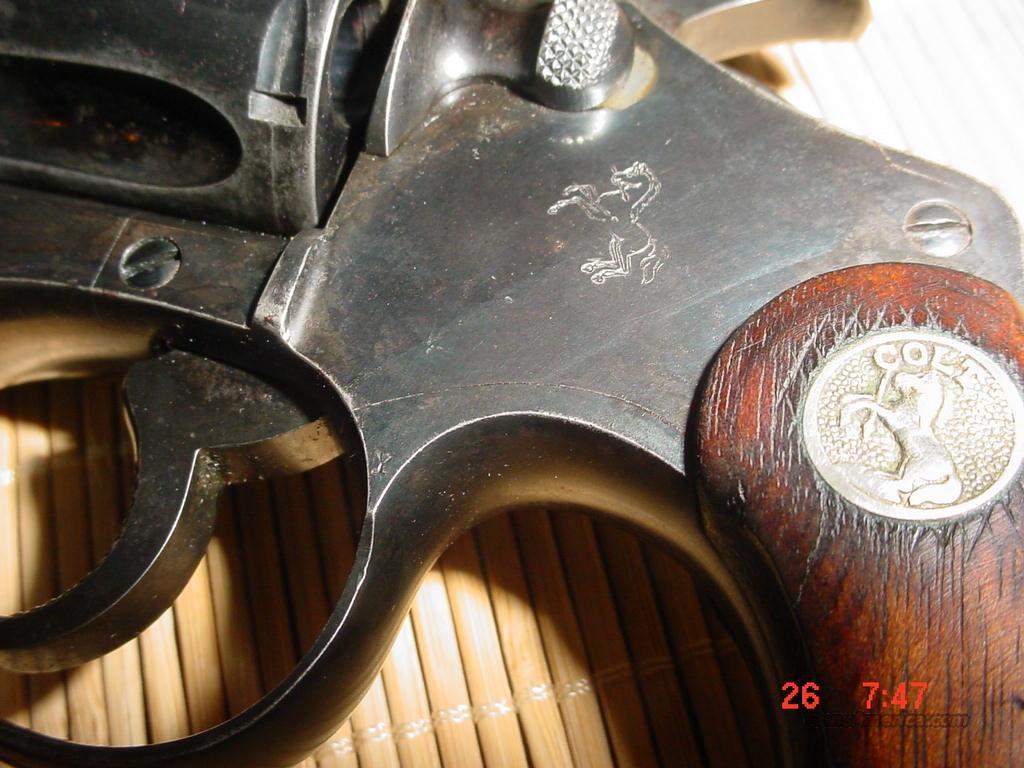 The Colt Banker's Special is one of the most valuable of the small 'modern' Colts. It was made from 1926 to 1943 with a very short barrel (2 inches). A total of 35,000 were manufactured in the following calibers: 22 LR (very rare), 32 S&W Long, and 38 S&W (I have seen these advertised as being chambered for the 38 Special cartridge, I have never seen one in 38 SPL, and the cylinder is not long enough to hold a 38 SPL cartridge. I think that some get confused because it says Banker's Special along side the number 38, so they assume it must be 38 SPL). The Banker's Special was the official side-arm of the US Post Office railway clerks. The Hong Kong Police ordered quite a few of these in the S&W 38 caliber, and some of these Hong Kong revolvers were later exported to Uruguay when the Hong Kong police moved to a more modern handgun. An interesting footnote to the Banker's Special is that on the 60s TV programs from Hollywood (77 Sunset Strip and the FBI series) Efraim Zimbalist Jr. carried a Banker's Special. He was not a large man, so all other revolvers that were put in his hand made him look even smaller. Someone purchased a Banker's Special in the 32 Long Colt caliber and that is what he carried for the duration of those shows. I have no idea how many actual 'Bankers' purchased these guns designed for them - it seems that it was more popular with law enforcement officers and even military personnel than with Bankers themselves.

The photos here are of a Colt Banker's Special in my personal collection. It is serial # 355856 and is in almost mint condition with only a bit of surface rust on the right side. It has the two inch barrel and overall is 6 1/2 inches. What made these Colts popular and easy to use was that while they were small guns with short barrels they also had full-sized grips, so were quite easy to handle, and they were surprisingly accurate.