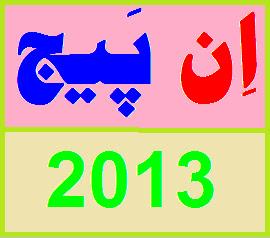 InPage is a page layout software for languages such as Urdu, Persian, Pashto and Arabic under Windows which was first developed in 1994. It is primarily used for creating pages in the language of Urdu, using the Nasta`līq (نستعلبق) ('hanging' calligraphic) style of Arabic script. As a de facto standard Urdu publishing tool, InPage is widely used on PCs where the user wishes to create their documents in Urdu, using the authentic style of Nastaliq with a vast ligature library (more than 20,000), while keeping the display of characters on screen WYSIWYG (What-You-See-Is-What-You-Get). Overall, this makes the on-screen and printed results more 'faithful' to hand-written calligraphy than all or most other Urdu software on the market. This is achieved while keeping the operation easy, akin to that of earlier versions of standard English Desktop Publishing packages such as QuarkXPress and Adobe InDesign.
Before being used within InPage, the Noori style of Nastaliq, which was first created as a digital typeface (font) in 1981 through the collaboration of Mirza Ahmad Jamil TI (as calligrapher) and Monotype Imaging (formerly Monotype Corp.), suffered from two problems in the 1990s: a) its non-availability on standard platforms such as Windows or Mac, and b) the non-WYSIWYG nature of text entry, whereby the document had to be created by commands in Monotype's proprietary page description language.
In 1994, an Indian software development team - Concept Software Pvt Ltd, led by Rarendra Singh & Vijay Gupta, with the collaboration of a UK company called Multilingual Solutions led by Kamran Rouhi, developed InPage Urdu for Pakistan's newspaper industry, who up until that time had been using large teams of calligraphers to hand-write last minute corrections to text created under Monotype's proprietary system. The Noori Nastaliq typeface was licensed for InPage from Monotype & augmented for use as the main Urdu font in this software, along with 40 other non-Nastaliq fonts which were created by Syed Manzar Hasan from Axis Softmedia Pvt Ltd.
InPage is reported to be in use on millions of PCs in Pakistan & India (mainly illegal pirated version). It has also been widely marketed & sold legally in the UK and India since 1994, and is utilized in the majority of UK schools & local authorities where Urdu is a main language of pupils & constituents.
InPage launched its latest Version 3 at ITCN exhibition Asia in Karachi, Pakistan, held between 11–13 August 2008. It is now Unicode based, supports more Languages, and Faiz Lahori Nastaliq font with Kasheeda has been added to it along with compatibility with OpenType Unicode fonts. In addition to Arabic, Saraiki, Urdu, Persian & Pashto, other languages of the region, such as Sindhi and Hazaragi can be handled in InPage.
Note: To copy inpage writing into CorelDRAW, you have to export the file in PostScript format and then simply open this file in CorelDRAW.
Sample work: 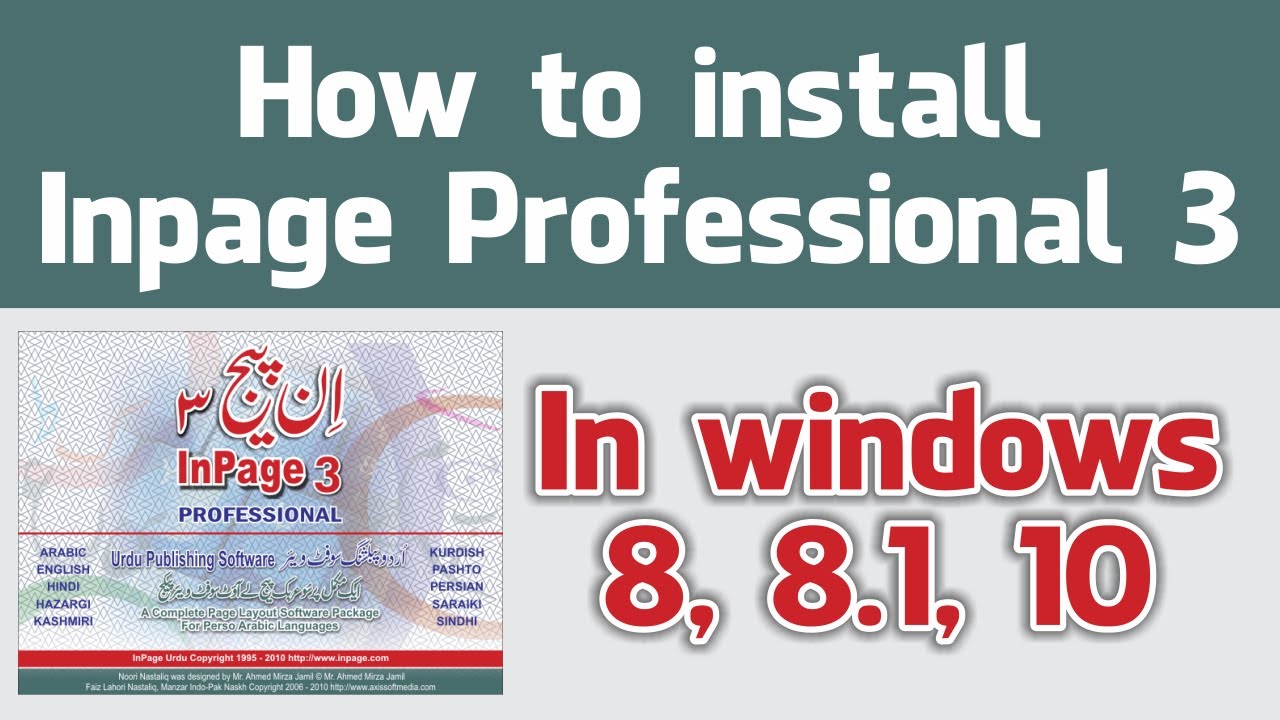