The Frost was an Americanpsychedelic rock band from Alpena, Michigan in the late 1960s, led by singer-guitarist Dick Wagner, who went on to play with Ursa Major, Lou Reed, Alice Cooper, Peter Gabriel in the 1970s. The rest of the band consisted of Gordy Garris (bass guitar), Bob Rigg (drums), and Don Hartman (guitar).

Dick wagner was my local guitar hero and song writer. Dick could write and sing songs that the beatles would have recorded. While other guitar players were using effects pedals, dick played straight guitar leads at high volume through sunn and west amps. I still have the lp record and 8 track tape of 'frost music'. In this Movers & Shakers interview with Richard Jory, Vice President, Lubricants Supply Chain, Royal Dutch Shell, Frost & Sullivan’s Dr. Julia Saini, Associate Partner & Vice President, Mobility Practice, and Sven Thiede, Vice President, Energy, Sustainability, and Mobility Practices, find out how Shell and its supply chains have stayed resilient through the upheaval brought on by COVID-19.

The band formed from the remains of The Bossmen. Dick Wagner had just been rejected from the band Blood, Sweat, and Tears so he fully devoted his time to The Frost. The band's first large-scale performance came at Meadowbrook Theatre in front of a crowd of 10,000. MC5 and The Stooges were also performing but the Frost was noted as being a standout among the rest.[1]

Record companies heavily pursued the band for a record deal as they noticed their growing popularity. The Frost recorded three albums for Vanguard Records: Frost Music, Rock and Roll Music, and Through the Eyes of Love.

The Frost were one of the top Detroit area bands of the era; however, substandard album cover artwork and poor distribution and promotion by Vanguard hampered the band, causing them to miss the national success that other bands like Ann Arbor's Bob Seger, Detroit's Ted Nugent and Flint's Grand Funk Railroad were to achieve.[2]

There have been several Frost reunion concerts over the years, especially while Wagner still lived and performed in Michigan. The reunions have included Wagner, Hartman and Rigg.

The Frost was voted into the Michigan Rock and Roll Legends Hall of Fame in 2008.[3]

Frost* is an Englishneo progressive rocksupergroup, formed in 2004 by Jem Godfrey and members of Arena, Kino, and IQ. Frost* released their first studio album, Milliontown, in 2006, before splitting up. In 2008, Godfrey reformed Frost*, adding Darwin's Radio vocalist and guitarist, Declan Burke, to the lineup, and released their second album, Experiments in Mass Appeal. The band disbanded again in 2011, to reunite later in September, after a brief hiatus.

Frost* released their long-awaited third studio album 'Falling Satellites' on 27 May 2016, to critical acclaim. The band are currently working on their fourth studio album.

Frost* was formed in September 2004,[1] by songwriter, producer and musician Jem Godfrey - better known to the wider world for his work creating chart-topping pop hits for bands including Atomic Kitten - when he made a conscious decision to return to his own musical past writing and playing progressive music,[2][3] in the band Freefall.[4][5]

After writing and recording material on his own for several months, and listening to a broad selection of contemporary progressive music, Godfrey first approached John Mitchell of Arena, The Urbane and Kino,[2] (and currently lead guitarist and singer for It Bites). Mitchell then introduced Godfrey to John Jowitt (also of Arena, and additionally IQ and Jadis), subsequently leading to meeting Andy Edwards (ex Robert Plant and IQ).[2][3]John Boyes, Godfrey's former band-mate in Freefall in the 1990s, and from the band Rook, had already performed significant rhythm guitar work on the early recordings.[2][3] With the lineup in place, recording of the first album was completed during winter 2005.

When asked in an interview why there is an asterisk next to the band name, Godfrey replied 'That is a serving suggestion; if you get to put it on it means 'serve chilled'! or 'may contain nuts'!'[6]

Frost*'s first album was named after the 26 minute long final track, Milliontown, inspired by the book The Apprentice by Gordon Houghton. The album was released in the United States on 18 July 2006 and in Europe on 24 July.[7] The band went on a brief tour to play a selection from the album, supporting Pallas on a four date tour of the Netherlands and Germany in October 2006.

Shortly after returning from the tour, Godfrey announced - by way of an article on the band's blog on MySpace on the 29th of the month (since removed), and reiterated by InsideOut in a bulletin on the same site two days later (expired) - that due to his increasing professional and personal commitments elsewhere, Frost* would be dissolved after fulfilling four remaining concert dates. It later emerged that an appearance at the RoSfest in 2007, in America - which was the final scheduled date - had been cancelled.[8][9] The final appearance of Frost* for the time being, in support of their album Milliontown, was back-up for The Flower Kings at The Scala in Kings Cross, London, on 10 December 2006.[10] However, in early 2007, Godfrey revived the band name and wrote in his blog about writing material for a second Frost* album. Following the band's reformation, Godfrey recruited Declan Burke of Darwin's Radio to contribute vocals and guitars on the follow-up album, Experiments in Mass Appeal which was released worldwide on 17 November 2008.[11] Throughout 2008 Godfrey posted several videos on YouTube called 'Frost* Reports,' under the user name Planetfrost. In between the recording in early 2008, Frost* supported Spock's Beard for a small tour.

In November 2008, Andy Edwards announced that due to his new job as a college lecturer he would no longer play live with the band, although he might be involved in future recording work. In January 2009, Nick D'Virgilio of Spock's Beard was announced as guest drummer for Frost*'s performance in May at RoSfest 2009.

In May 2009, John Jowitt announced his departure from the band. With gigs scheduled in support of Dream Theater, Jem announced bass duties would be handled by Level 42 guitarist Nathan King, with Andy Edwards briefly rejoining the band for these dates.

On 29 May 2009, Jem announced via AudioBoo that a live Frost* album, recorded at RoSfest 2009, would be titled The Philadelphia Experiment. Excerpts from that performance were released as a limited edition EP, titled FrostFest Live CD, including a new song called 'The Forget You Song', recorded at Godfrey's home studio The Cube in East Sussex.

On 2 February 2010, Jem announced via his blog that he had been invited to participate in the 10th anniversary party of The Dividing Line Broadcast Network, Vancouver, British Columbia's internet-based progressive rock radio station. Godfrey accepted, and, to thank them for their support of Frost*, tasked himself to write and record a new Frost* song, aptly titled, 'The Dividing Line,' to be completed within the eight weeks then remaining until the party.

Jem announced on 31 March on the Frost* forum that the track was completed and would be included as a bonus track on the 2-disc live album, The Philadelphia Experiment. 'The Dividing Line' premiered during The Dividing Line's 10th anniversary broadcast on Saturday, 3 April 2010.

Frost* played a small number of shows in the U.K. in December 2010. On 1 March 2011, Godfrey announced that he had put the band on indefinite hiatus. He stated that the main reasons for his decision were that he felt uncomfortable as the band leader, and that the increased workload from running the band was having a negative impact on his health.[12]

On 16 September 2011, Godfrey announced via his blog that Frost* would once again be returning for a third album, stating 'As yet I have no idea of the form, shape, personnel or sound of this new album, but it will definitely be Frost* shaped. I'll once again be making Frost* reports available online during the process and it'll no doubt be a bloody madhouse throughout, but that's Frost*'.[13] The band performed a sold-out Christmas show at the House of Progression, Kingston upon Thames on 16 December 2011.

On 12 May 2013, Frost* played at Celebr8.2 Prog Festival at the Hippodrome. In December 2013 Frost* released The Rockfield Files, a CD/DVD package documenting 'live in studio' performances of older material plus then-new piece 'Heartstrings', recorded at Rockfield Studios (Monmouth, Wales UK) in early January 2013.

In May 2015, Godfrey announced on Facebook that a new Frost* album was in progress – “New album underway. JM, CB and NK all in. Release scheduled for ’16. Writing nearly complete. Recording in Autumn”. Writing was completed in late October 2015; recording began in December and was completed on February 17, 2016.[14]

On 17 January 2016, Godfrey announced the new album would be called ‘Falling Satellites’, and later announced a U.K. tour for June/July 2016 [15] to promote the new album. The tour included an appearance on the Prog Stage at the 2016 Ramblin Man Fair, Mote Park, Maidstone, Kent, UK on Saturday 23 July 2016, playing a cut-down set of four songs.

Falling Satellites was released on 27 May 2016.[16] The band's first ever official music video (for the track 'Numbers') debuted shortly after on 31 May 2016.[17] Additional dates were performed in 2017, including that year's 'Cruise To The Edge' and an appearance at Dingwalls in London that was recorded for future video release (tentatively titled 'Failing Satellite').[18]

Frost* once again performed on the 2019 Cruise To The Edge (with Nick D'Virgilio filling in for Craig Blundell), along with a small number of dates in Canada in March.

On May 15, 2019, it was announced that drummer Craig Blundell had left the band due to scheduling conflicts caused by being entirely too successful.[19]

In July 2019, Godfrey announced that Frost* will release an EP titled Others, comprising six older, previously unfinished tracks recorded with either Andy Edwards or Craig Blundell on drums.[20] In September 2019, the band shared three tracks from this forthcoming EP on Soundcloud, 'Exhibit A', 'Fathom' and 'Postcard'.[21]The Others EP was released through InsideOut Music on June 5 2020.

Starting 16 September 2019, Godfrey and John Mitchell spent a week in Cornwall working on material for the band's fourth studio album.[22] 'Podcasts' of the two conversing were recorded each evening at area pubs and uploaded on Soundcloud.[21] 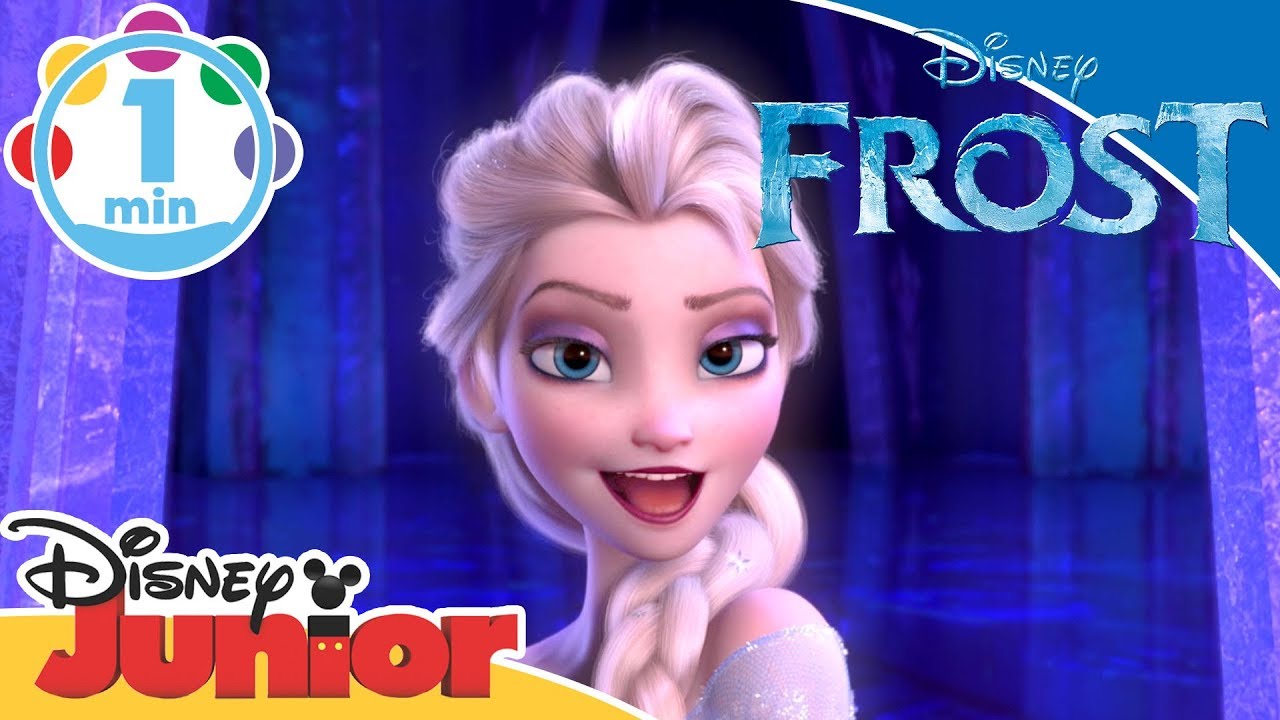