Microsoft Train Simulator is intended to provide the same kind of engrossing and authentic experience for railroad aficionados that the successful line of Microsoft Flight Simulators has created for aviation enthusiasts. Gamers can choose to take the role of engineer on one of several finely detailed recreations of actual trains from the past and present. Speed steadily ahead, working to complete challenging scenario objectives or simply appreciating the sense of control over hundreds of tons of steel moving at speeds of 60 miles per hour.

There's also the option to take the more casual role of a sightseeing passenger, enjoying the faithfully recreated scenery along one of six internationally famous routes like the modern U.S. Northeast Corridor, the busy urban Odakyu Electric Railway, or the intriguing Orient Express of the 1930s. In addition to the realistic scenery, the game also features authentic engine and railway sounds to provide a more complete sensory experience.

Trains are perhaps not the most obvious vehicle to simulate, locked as they are to two strips of metal which prevent them from doing anything other than going forwards or backwards. But that hasn't stopped Microsoft and British developer Kuju from attempting the impossible. And they have almost succeeded. 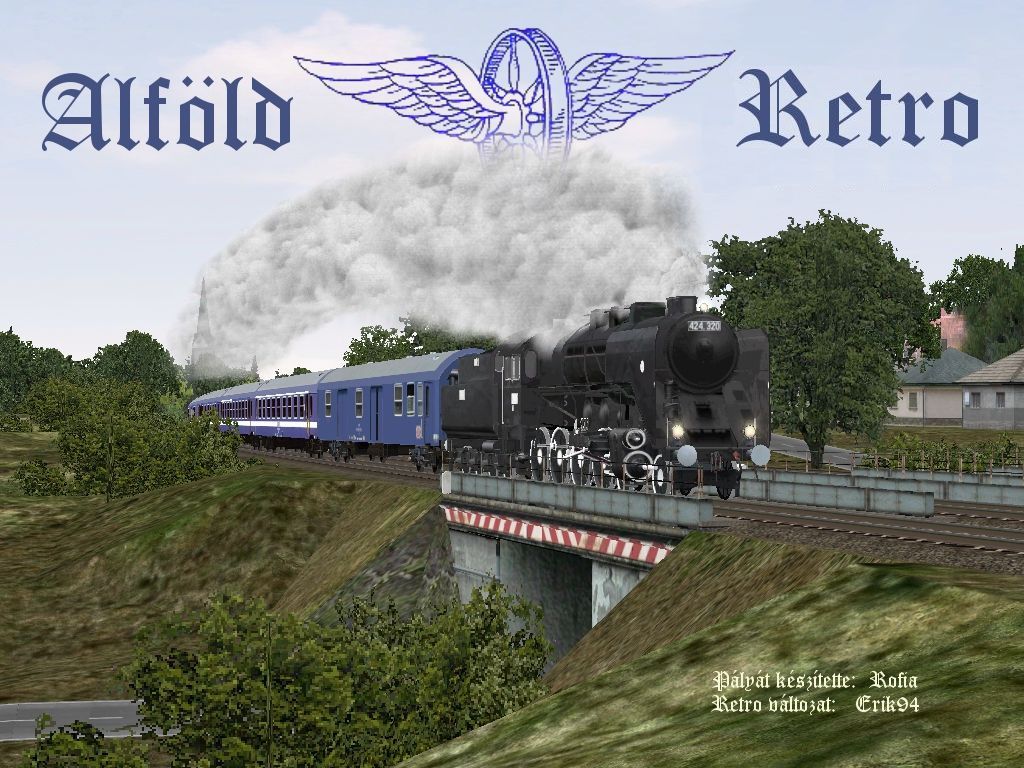 Scenic Railways Of The World

The imaginatively titled Microsoft Train Simulator recreates six different railway routes spread across America, Japan and Europe, with around 800km of track to explore. Settings vary from the commuter belt between Washington DC and Philadelphia to the picturesque Austrian Alps, and the addition of both seasonal and weather effects provides even more variety for both the game's graphics and the handling of your train.

Each of the tracks has been lovingly recreated and, apart from the dull Tokyo to Hakone route with its narrow strip of tall featureless buildings on either side of the track, the locations are generally very good. Highlights include driving over the Marias Pass in Montana during a winter snow storm and crossing the Japanese island of Kyushu with its steep gradients, spectacular scenery and switchbacks. Simply driving a train up and down a length of track is perhaps not the most exciting way to spend your evening though, and although it is possible to perform some impressive gravity-defying high speed derailments, this isn't likely to keep you entertained for long. And if it does, please seek immediate professional help.

Wake Me Up Before You Go Go

Thankfully then Kuju have included several 'activities' for you to carry out on each route. These range from a simple summer commuter run through Tokyo to guiding a mile-long goods train over a steep mountain pass, or helping to solve the 'Murder On The Orient Express' by following a detective's requests to drop off various carriages along the route.

The activities are rather hit and miss though, and Kuju seem to have gone out of their way to make your life a misery at times. For example, which bright spark came up with the idea of putting a temporary speed limit in the middle of the game's longest tunnel in one activity? Spending over a minute driving through a dark winding tunnel at a snail's pace is not fun, however you look at it. What's next, Microsoft Subway Simulator? All the excitement of The Tube on your PC, accurately recreating the entire London Underground, New York Subway and Paris Metro in sixteen million shades of black...

You also have to wonder why Kuju decided to make activities end after your passengers have disembarked at the last station on your route. There's no way to skip this, and given that pedestrians aren't rendered in the game you can't even watch them getting on and off. Sitting in a station for up to two minutes waiting for invisible passengers to board your train is frustrating to say the least, especially when you know that you have effectively finished the mission already.

Everything Is Under Control

But it's not all bad news. Spending an hour driving a dingy electric shuttle train through Tokyo stopping at stations every five hundred meters is not likely to prove particularly entertaining for any but the most hardcore of train fanatics, but some of the activities are genuinely enjoyable. The game has a strange charm about it, and driving a tourist train through the valleys of Kyushu, for example, can be both relaxing and fun, even if the lengthy stops for your non-existent passengers to get out and admire the view are somewhat less amusing.

The trains themselves are usually very easy to control, with just three sets of keys that you need to know - throttle, brakes and reverser, which (as the name suggests) controls whether you move forwards or backwards. Controlling a steam engine is somewhat more complicated as you have to worry about pressure and water supply, although you can at least let the computer shovel coal into the firebox for you if you're not a total masochist. There are tutorials for each class of locomotive (steam, diesel and electric), but as each of them starts with the same introduction to the interface and there is no way to skip parts of the lesson you already know about, they can be rather repetitive.

There are also a number of driver aids to help you out, including a stats read-out for when you are driving from one of the exterior cameras and can't see your dashboard, and a 'next station display' which tells you how far you are from your next stop, when you are due to get there, and what time it is now. The most important aid though is the 'track monitor', a one dimensional map which shows the track as a straight line, with upcoming signals and speed limits marked on it for you.

You will probably spend most of your time driving the train from inside the cab, but there is a chase cam which can be rotated, zoomed and moved up and down the length of your train to give you a better view of your surroundings, while the vertical 'yard view' can be useful when shunting carriages through sidings, allowing you to scroll around to see where the points are and how to get your train from one track to another.

There is also an artistic but essentially useless trackside view, which shows you the train speeding past as seen from a series of fixed cameras dotted along the length of the track. Sure to prove popular with trainspotters and journalists looking for a pretty screenshot, it shows off the detailed train models and often beautiful scenery to maximum effect, although occasionally you will end up staring at an extreme close-up of the back of a tree sprite. In passenger trains you can even see the action (such as it is) from inside one of the carriages, but these are not very pretty to look at and have a very limited field of view.

Sadly the audio hasn't received the same attention to detail, and the steam locomotives in particular sounded decidely wimpy to me. There are no real ambient sounds apart from the tolling of bells at level crossings and car horns from nearby traffic, and the sound in general seems primitive and lacking in punch and imagination. The low system requirements have also lead to a few strange compromises in the graphics department, like the way it seems to stop snowing outside whenever you go into a tunnel. Most worrying though are the overhead wires, which often stretch for miles with no visible means of support, just hanging in mid-air above the track.

Train Simulator is something of a mixed bag. There are some nice stretches of track to travel on and plenty of things to do along the way, but several of the activities are downright dull, while others are marred by questionable design decisions such as lengthy stops and the excessive use of temporary speed limits in the most boring parts of a track. This was a brave first attempt by Kuju and Microsoft which will no doubt appeal to trainspotters and railway enthusiasts, but for your average gamer there's not really enough here to make it an essential download. Cute, but unrewarding in the long run.